Reading (rhymes with “bedding”) is situated where the rivers Thames and Kennet join, between London to the East and Bath to the West. Today, Reading is bounded to the south by the M4 motorway. Its northern boundary with Oxfordshire has been somewhat moveable.

The origin of the town of Reading is unknown. At the time of Domesday it was called “Radynges”. Some people suppose it to have been founded by the Romans. By Saxon times the Danes, defeated at Ashdown, retreated to Reading and seized its castle. Subsequently the Danes were driven out by the Saxons, who proceeded to burn the town. Domesday tells us that Reading contained 28 houses all belonging to the King, 29 others in ruins, one held by Henry Ferrars, church, two mills and fisheries. The castle was destroyed by Henry II as it provided refuge to the partisans of King Stephen in their conflict with the Empress Maud. When the county gaol was removed in 1798 portions of the ancient castle were discovered. The name “Castle Street” survives to this day.

Reading Abbey was founded in 1121 by Henry I as a penance or in obedience to the last wishes of his father, the Conqueror. The Abbey was home to 200 Benedictine monks, who guarded their sacred relic – the hand of St James the Apostle. The Abbot of Reading ranked alongside those of Glastonbury and St Albans, and, until the Dissolution, retained a seat in Parliament. Prior to its dissolution, the Abbey was one of the richest in the kingdom. After dissolution (around 1538), the majority of the Abbey was torn down and used to build streets, bridges, church repairs; some was even taken to Windsor to build a hospital for poor knights.

By 1525 Reading was the largest town in Berkshire and the 10th largest in England, based on taxable wealth.

During the English Civil War the town of Reading changed hands a number of times. The Siege of Reading by the Parliamentary forces succeeded in April 1643. Reading was the only site of significant fighting in England during the Revolution of 1688 with the second Battle of Reading.

During the 18th century iron works and brewing became major industries. Good roads established it on the coaching routes from London to Oxford (to the north) and Bath (to the west). River traffic increased on both the Thames and Kennet; with the opening of the Kennet and Avon canal it was possible to get from Reading to Bristol by barge.

The 19th century saw the arrival of the Great Western Railway, the London and South Western Railway and the South Eastern Railway. The population grew rapidly from 9,400 at the beginning of the century to 59,000 by the end.

The 20th century saw the arrival of the motor car. Today, Reading is located on the M4 motorway giving easy access to London and South Wales. The M4 forms the southern boundary of the town. Reading has extended into a number of surrounding villages including Caversham, Earley, Woodley and Tilehurst. So far all attempts to achieve city status have failed.

The main library in Reading town centre has a well stocked family history section as do many of the libraries around Reading.

See the Berkshire Record Office website for details of coverage of Parish registers for Reading.

See elsewhere in this website for available CDs, publications and other resources of the society. 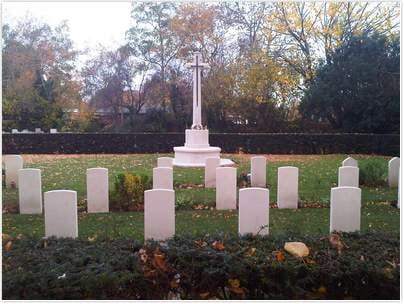 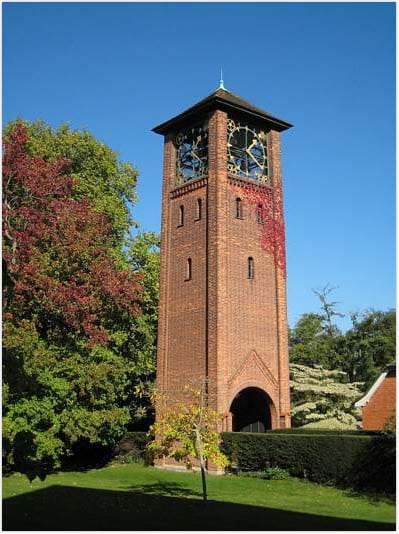 Reading University War Memorial is situated within the London Road Campus.  The names of those who fell in WW1 are listed under the clock tower and the dates 1914 and 1918 are within the clock.