Long Wittenham is a village and parish on the right bank of the river Thames, between Didcot and Abingdon. 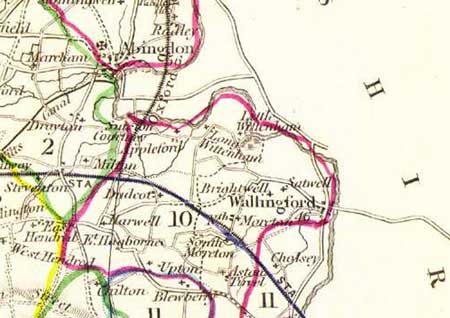 It was in Berkshire until the boundary changes of 1974 moved it into Oxfordshire. In the distant past it has been known as Earl’s Wittenham, West Wittenham and Great Wittenham.

Nearby is the beauty spot known as the Wittenham Clumps, also called the Sinodun Hills. 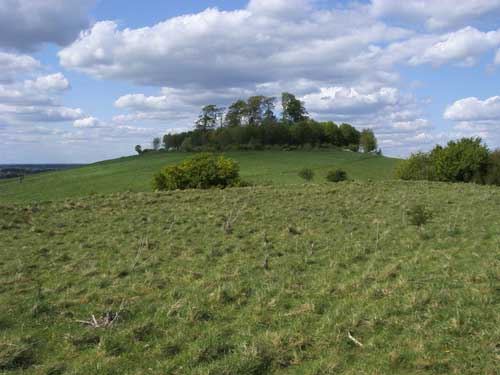 Wittenham Clumps from Castle Hill looking across to Round Hill

In Oxfordshire: Clifton Hampden and Dorchester.

The living of Long Wittenham is a vicarage in the diocese of Oxford. Today it forms part of the Bridge Group of parishes, which also includes Little Wittenham, Clifton Hampden and  Culham.

Long Wittenham’s church of St Mary (sometimes known as St Peter according to VCH) was begun around 1120 on the site of an earlier Saxon church. The Norman font is rare, being made of lead, which was later encased in wood to protect it from Puritan desecration during the Civil War. The church has the smallest monument in England: a stone effigy of Gilbert de Clare, just 26 inches long.

The Compton Census of 1676 counted eight Separatists in Long Wittenham.

The Primitive Methodist chapel was built in 1820, rebuilt in 1882 and decommissioned as a place of worship in 2006.

Long Wittenham had a daily school founded in 1831, to which land was given by the Rev James Clutterbuck in 1856. Its successor today is the Church of England primary school.

Past pubs include the Three Poplars, listed in the 1881 census and now a small museum.

Today there is the Plough (also mentioned in the 1881 census), the Vine and Spice, and the Barley Mow (by Clifton Ferry).

Numerous remains of early man and Romano-British times have been found. A Saxon cemetery was excavated in the mid-nineteenth century.

In 1868 a fire destroyed many buildings in the village.