Grove was formerly a chapelry of Wantage, from which it separated as an ecclesiastical parish in 1835. Today it is the largest village in the Vale of  the White Horse. It was described in 1924 as a long and straggling village about a mile and a half to the north of Wantage, with a small green. Letcombe Brook and the Wilts and Berks Canal both run through the parish.

In 1840 the Great Western Railway opened the Wantage Road Station on the northern boundary of Grove. The station connected with Wantage by means of the Wantage Tramway Company in 1875 — a single track alongside the turnpike road, on which ran England’s first steam-powered passenger and goods service. The service closed in 1945, and one of the original engines can be seen today in Didcot Railway Museum.

As with all of the White Horse Vale, Grove was part of Berkshire until the boundary changes of 1974 moved it into Oxfordshire.

The church of St Michael in Grove was converted to residential use in 1976.

In 1924 Grove had an early eighteenthth-century Baptist chapel, and a Wesleyan chapel. Today there are a Free Evangelical Church, a Methodist Church and the Vale Elim Church.

The Bell was recorded in 1738, when it was known as the Bell Ale House, later changed to the Kings Head and Bell; the Baytree; and the Volunteer Inn.

Thomas Grove held a capital messuage and a water-mill at Grove in 1622.

In 1940 the Royal Air Force requisitioned a large area of agricultural land to the west of Grove, where was opened a Bomber Command base in 1942. By 1943 the USAF 45th Air Depot Group was running RAF Grove as a huge supply airfield. The base was handed back to the RAF after the war, when it was used for non-aerial operations. The next occupant, in the 1950s, was the UK Atomic Energy Authority, which released the land in the 1960s, thus creating the basis for the development of present-day Grove.

A memorial erected in 1995 in Grove Cemetery, Denchworth Road, is dedicated to the memory of the members of the 9th U.S.A.A.F. and other allied servicemen serving at Grove Airfield who sacrificed their lives in WW2. 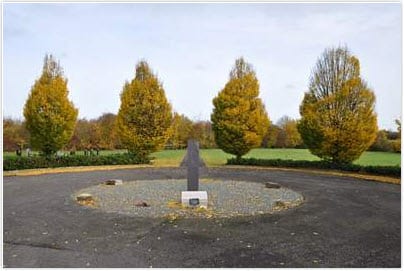 The gates to the Recreation Sports Ground, Cane Lane, Grove were erected in 1993 to replace the original oak gates of 1948. They are dedicated to the memory of the servicemen of the parish who died in WW2. 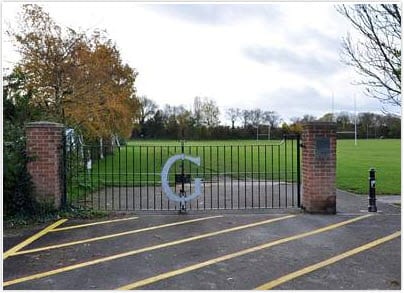