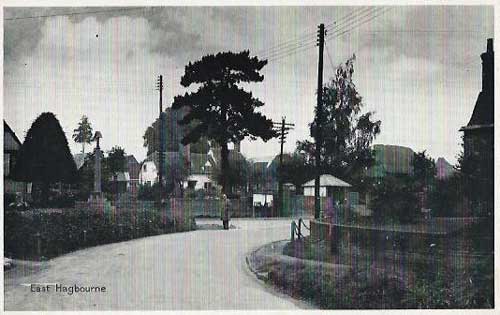 East and West Hagbourne have been separate villages since Saxon times, and were so treated by Domesday, although they were technically two liberties forming one ecclesiastical parish. Today they are two civil parishes, separated by a brook. Formerly in Berkshire, they moved into Oxfordshire as a result of boundary changes in 1974.

According to the East Hagbourne parish council website, the parish used to extend to the north beyond what is now Didcot Broadway. What was known as East Hagbourne Marsh lies east of what is now Abingdon Road, Didcot, and East Hagbourne Field is now the site of Green Close, Didcot. North Hagbourne, with its church of St Peter, has now been absorbed into Didcot as Northbourne.

The Great Western Railway passed to the north of the village, bisected by the Didcot to Southampton railway, which operated from the 1880s until the 1960s, and crossed the parish north-south. 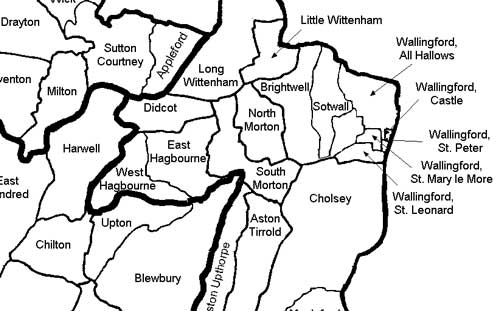 The ecclesiastical parish of the Hagbournes is a vicarage in the archdeaconry of Berkshire and the diocese of Oxford. The church of St Andrew, the only Grade I listed building in the village, is tenth or eleventh-century in origin, extensively restored in Victorian times. St. Andrew’s is now a member of the Churn benefice.

A Primitive Methodist chapel was built in East Hagbourne in the nineteenth century. It is now a private house.

A National school existed by 1851, educating about 120 children from both villages, and with no charitable endowment; it was said to be supported chiefly by the children’s pence. This was probably the forerunner of today’s Hagbourne Church of England Primary School, which occupies a building built in 1874.

In East Hagbourne, in Cassey’s Directory of 1868:

Two publicans, an innkeeper and a licensed victualler were all enumerated in the 1851 census, but no inns were named.

Today, East Hagbourne’s only pub is the Fleur de Lys, which claims 17th-century origin. West Hagbourne had the Horse and Harrow, said to date from at least 1754.

The Village Cross (known as the Upper Cross) is Grade II* listed, and dates from the fifteenth century, with eighteenth-century additions. 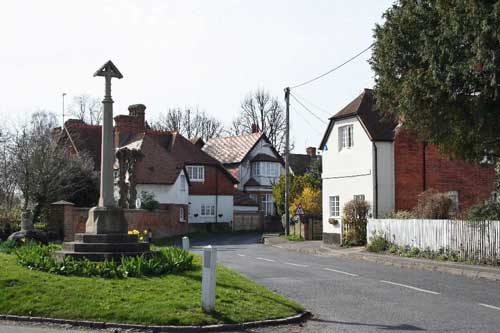 During the Civil War, in 1644, the Earl of Essex billeted 6,000 Parliamentarian troops in East Hagbourne.

In 1659 an extensive fire destroyed many houses in East Hagbourne.

Blotting paper is said to have been invented at East Hagbourne’s seventeenth-century mill in the late eighteenth century, although there are various stories of how the invention actually came about. Paper-milling was still carried out in the the 1851 census, employing 10 men and 8 women, but it closed around 1860.

Hop-growing was a local specialism in the nineteenth century, centred on Manor Farm, which had three kilns. 10,013 bushels were harvested in 1868, but the industry had declined by 1900. Fruit was (and still is) another important local crop.

The East Hagbourne Friendly Society had 136 members in 1864.

An episode of Doctor Who was filmed in East Hagbourne (called Devesham Village in the series) in 1975.

The West Hagbourne Village History Group was established in 1991.