Brightwalton is a wooded, agricultural village 12 miles north of Newbury and six miles south of Wantage, in the North Wessex Downs Area of Outstanding Natural Beauty, and close to the Ridgeway. It has also been known as Brickleton and Brightwaltham.

Brightwalton rectory lies within the deanery of Newbury, and the archdeaconry of Berkshire, which transferred from Salisbury diocese to that of Oxford in 1836. The church of All Saintswas rebuilt almost from scratch in 1861, losing most traces of its Norman predecessor. 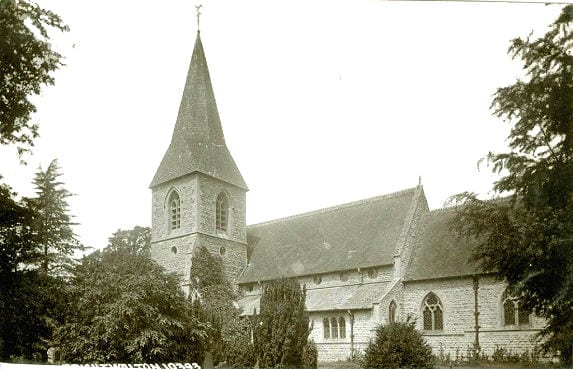 The architect was G Street, the diocesan architect responsible for several such radical transformations locally. The parish is now within the united benefice of Brightwalton with Catmore, Leckhampstead, Chaddleworth and Fawley.

There was a Wesleyan Methodist chapel in Brightwalton Green, described in 1870 as “of recent origin”. It formed part of the Newbury circuit, and is now a private house, pictured below. 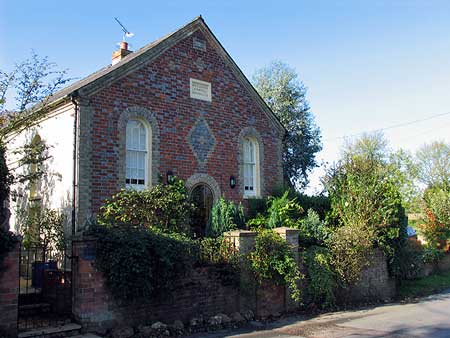 Under an endowment of William Saunders in 1710, two boys from Brightwalton were to be educated at Chaddleworth school. Part of the endowment fund came from a Brightwalton farm.

A schoolmistress was enumerated in the village in 1851, and Berkshire Record Office holds some records for a National school from 1861. Today that is the CoE primary school.

The principal family of the village was Eyre until 1800, when William Wroughton bought the manor. The Wroughton family is memorialised in the church.