East Challow is a downland village and civil parish about one and a half miles west of Wantage. 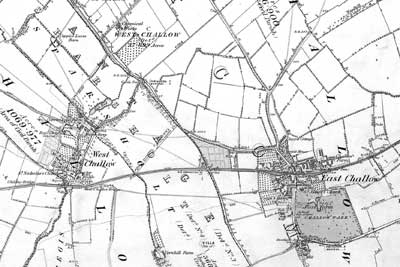 Challow railway station, on the Great Western Railway between Didcot and Swindon, was built on the Wantage-to-Faringdon road, two and a half miles north-west of East Challow. The station closed in 1964.

The Wilts and Berks Canal, from Trowbridge to Abingdon, which opened in 1810, ran through the village. Traffic had virtually ceased by the end of the nineeenth century. It is currently undergoing restoration.

Directories of the mid-nineteenth century record a chapel of ease at East Challow, which in 1852 became the parish church of St Nicolas (incorrectly named as St James on the Ordnance Survey 6-inch map series updated to the 1880s). This Early English building underwent drastic renovation in 1858.

In 1851 the wife of the tollgate keeper described herself as a schoolmistress. Today there is a St Nicolas C of E primary school.

A Roman farm site has been identified and excavated at Challow Park.

The Fettiplace charity which funded schooling for 20 poor children in Letcombe Regis derived from land in East Challow.

Most of the occupations listed in the 1851 census were agricultural, but there was a fulling mill in the village. The population included several canal workers, a tin man, maltster, tollgate keeper, coal merchant, tailor, two shoemakers,and several bakers.

From 1857 East Challow had a substantial factory, Nalder and Nalder, making agricultural implements including steam threshing machines and brewery equipment. The Ordnance Survey 6-inch map of the village (updated to 1880s) marks the iron foundry connected with this business, sited close to the canal. According to the Museum of Rural Life, in the later nineteenth century the firm moved into the manufacture and supply of coffee roasters and gold cleaning machines for overseas markets. The building still stands, and photos of it (and the canal) can be seen on http://www.geolocation.ws/v/W/4d859ac887865668ea009e9b/iron-works-by-the-canal-the-former/en.

Inside the lych gate, at the entrance to St Nicholas Church, the names of those who died in World War 1 are listed on panels either side of the porch. 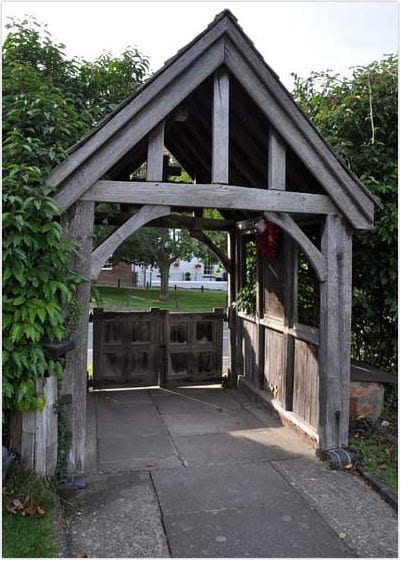