Combe is a civil and ecclesiastical parish in the extreme south-west of Berkshire, bordering Wiltshire and Hampshire, at the foot of Walbury Hill, which is Berkshire’s highest point. The parish includes (on its eastern side) the hamlet of Eastwick.

Until 1895 Combe belonged in Hampshire, but it is said that the Cole family arranged for its transfer into Berkshire for convenience because that was the county of their other landholdings. For this reason, Combe does not appear on old maps of Berkshire and many of its records are in the Hampshire rather than the Berkshire Record Office.

Ancient and modern: a celebration of the second millennium. (A booklet informally published by the churchwardens of the United Benefice of West Woodhay with Enborne, Hamstead Marshall, Inkpen and Combe, 2000)

Before 1912 Combe was in the diocese of Winchester. In 1912 the vicarage was united with the rectory of Buttermere (Wilts) and transferred to the Salisbury diocese. In 1933 it united with Faccombe (Hants) and returned to Winchester diocese. In 1967 a switch to Inpken (Berks) parish brought Combe into the Oxford diocese.

The parish joined the united benefice of Enborne, Hamstead Marshall, Inkpen and West Woodhay under one rector in 1981. As such it now lies within the deanery of Newbury and the archdeaconry of Berkshire, in the Oxford diocese.

The church of St Swithun (often misspelt Swithin) dates from the second half of the twelfth century, although a church at Combe is recorded in the Domesday Book. St Swithun (pictured below) is Grade-I listed, and has a churchyard. 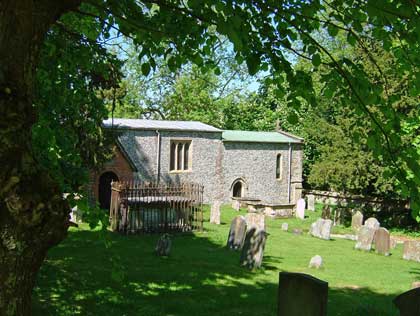 The Newbury Weekly News of September 1911 mentions a Primitive Methodist place of worship in Combe.

Combe Manor house, mostly eighteenth-century, but still retaining some medieval features, stands close to the church. (The vicarage has been long demolished.) Sir Alfred Cole bought the manor from King’s College (Cambridge) in 1894. Ownership of the estate (although not the manor house) passed in about 1940 to A J Hosier, inventor of the portable milking machine, and thence to the Astors in next door Inkpen.

Combe had two pubs in the nineteenth century, but these were closed, supposedly on the orders of Sir Alfred Cole. There was also (until the Second World War or possibly earlier) a village shop which incorporated a cobbler, bakery and post office.

A National school was restored and reopened by Sir Alfred Cole in 1894, but that too had closed by 1939. There is no village hall.

On the northern border of the parish stands a well-known landmark: Combe Gibbet, where the bodies of two malefactors were displayed after a grisly seventeenth-century murder. The event was immortalised in a film entitled Black Legend, directed by the young John Schlesinger in 1948, starring an (also young) Robert Hardy alongside a cast of local people.

On the Wayfareres Walk, close to Combe Gibbet and overlooking the village of Inkpen, is this memorial to the 9th Battalion The Parachute Regiment who rehearsed in the locality for the D-Day assault on the German Coastal Artillery Battery at Merville, France. 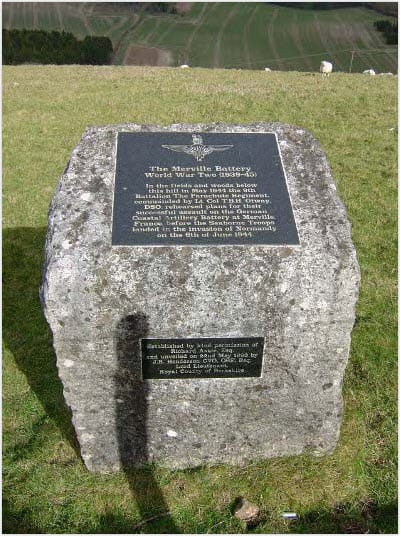