Basildon is a village and parish on the south-west bank of the Thames, seven miles from Reading.

There is a larger Basildon in Essex. 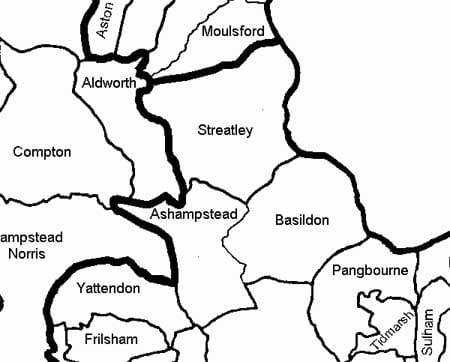 The living is a vicarage in the archdeaconry of Berkshire, diocese of Salisbury, with the curacy of Ashampstead.

The parish has two churches:

1. The Grade I listed St Bartholomew’s Church in Lower Basildon dates from the thirteenth century, and is now owned and maintained by the Churches Conservation Trust.

The churchyard contains a marble statue of two young brothers who drowned in the Thames in 1886.

2. St. Stephen’s in Upper Basildon was built in 1965. This replaced a temporary place of worship, located on the corner of Bethesda Street and Blandy’s Lane, which was built in 1895.

In 1720 William Allen willed an allowance to the dame of the village school. By 1811 this was supporting a National school educating 10 children for free, and some more on subscription.

Berkshire Record Office has the log book from 1877 of the National school in Lower Basildon, and other documents, and a photo of 1952.

The 1851 census notes but does not name a beer house at Hare Green, and a licensed victualler in Green Road.

The parish has three pubs today: the Red Lion and the Beehive in Upper Basildon, and the Tamarind Tree in Lower Basildon, which specialises in Indian and Bangladeshi cuisine.

Basildon Park was built between 1777 and 1783 for Sir Francis Sykes, one of the East India nabobs, between Lower and Upper Basildon. 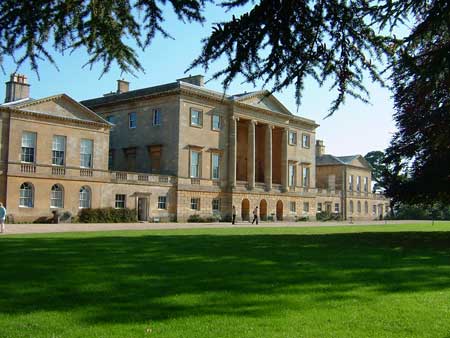 J M W Turner is known to have stayed at there, and in 1844 he painted Rain, steam and speed, showing the Great Western Railway and Basildon Railway Bridge. The house is now owned by the National Trust, and has been used for filming Jane Austen novels.

The eighteenth-century inventor of the seed drill, Jethro Tull, was born and buried in Basildon, although he lived and worked elsewhere. 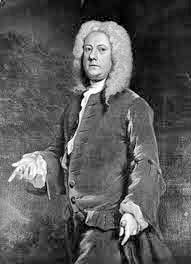 The famous Basildon Bond stationery brand, founded in 1911, was named after Basildon when some of the directors were staying at Basildon Park.