Yattendon is a village and parish seven miles north-east of Newbury. The river Pang flows through the west of the parish. 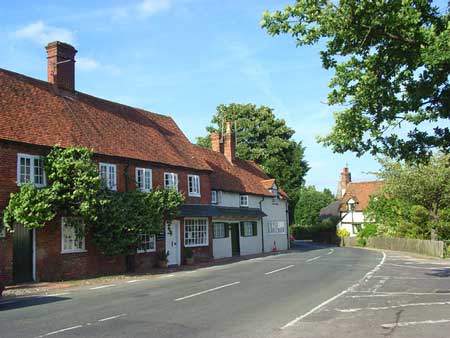 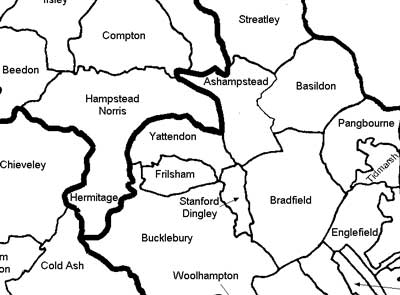 Yattendon is a rectory in the archdeaconry of Berkshire, and in the diocese of Oxford. The church of SS Peter and Paul is Gothic, substantially remodelled in 1858-60. 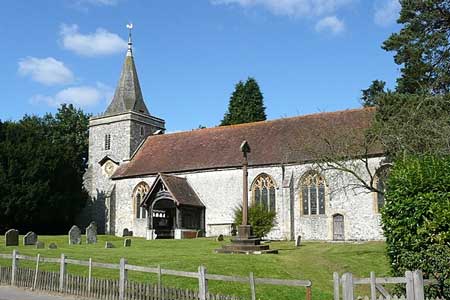 © Copyright Graham Horn and licensed for reuse under this Creative Commons Licence.

A National school existed in Yattendon in 1833, the forerunner of the present-day Yattendon C of E Primary School.

In 1911 Cosburn’s Directory recorded a pub called the Axe and Compass, as well as the Royal Oak, which survives today, and dates from at least the late eighteenth century.

In medieval times Yattendon had a Tuesday market and, more recently, an October fair.

Lords of the manor included the fifteenth-century Norreys family, until they were succeeded by the Berties (earls of Abingdon). In 1876 the manor was bought by Alfred Waterhouse, the architect who built the Natural History Museum. He also built Yattendon Court, and a reading room for the village. The Iliffe family succeeded Waterhouse in 1925; they amassed the 9,000-acre Yattendon estate, famous for Christmas trees, and for its characteristic dark green paintwork. (It is said that the GPO could not keep the post and telephone boxes red because loyal locals would repaint them Yattendon-green in the night.) The Yattendon Group’s other interests of property and newspapers are centred in the village.

The Yattendon Revels, celebrated on old St Peter’s day (10 July), were said to commemorate  a battle fought in Yattendon Fields between King Alfred and the Danes. The revels included cudgels (single-stick fighting), wrestling and bowling, and flourished until Victorian times.

Yattendon has a microbrewery, the West Berkshire Brewery, founded in 1955.