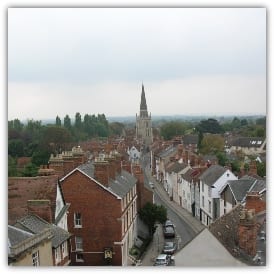 The Railway is Coming to Oxford – Guided Walking Tour

The railway arrived relatively late in Oxford, partly due to the objections of the university, which feared the morals of its students. When it did come, however, it had profound effects on the city, physically, economically and socially.  This walk, led by Liz Woolley, visits some of the sites which help to tell that story: of the railway station erected by the engineers of Crystal Palace; the swing bridge which is  now a National Scheduled Monument; and of how the railway affected industries like brewing and marmalade-making, and the development of Oxford’s ‘base and brickish skirt’.

Cost: £6 per person – BOOK IN ADVANCE at BRANCH MEETINGS or by emailing

Open Evening: ‘Back to Basics’