Garford is a village and civil parish about four miles west of Abingdon, just south of the river Ock, and probably developed originally as a place where that river could be safely forded. It is a chapelry of the parish of Marcham and was part of Berkshire until the 1974 boundary changes transferred it into Oxfordshire.

A single road passes through the village, alongside which the settlement clusters. 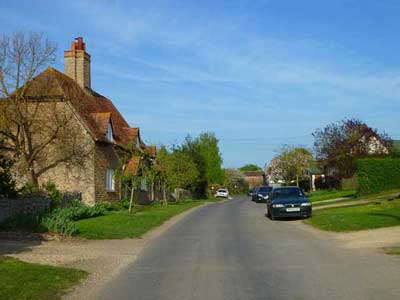 VCH, 1924: Garford, to the south-west, is on the right bank of the Ock. It consists of stone-built houses and cottages and contains little of interest. Abingdon Abbey had a capital messuage here which afterwards passed into the hands of the Aldworths. By the 17th century, it seems to have fallen into disuse. A barn in a field is a relic of a manor-house formerly belonging to Magdalen College, Oxford. Gang Bridge is presumably the Garan bridge which replaced Garan ford at the River Ock. Alan ‘atte Brugge’ is mentioned about 1391, and the bridge, which is approached by a raised causeway, is of some antiquity. There was a mill here in 1086, and the water-mill, mentioned in the 16th century, probably stood on the site of the present Ven Mill on Childrey Brook, where the stream is crossed by the Oxford and Wantage high road. 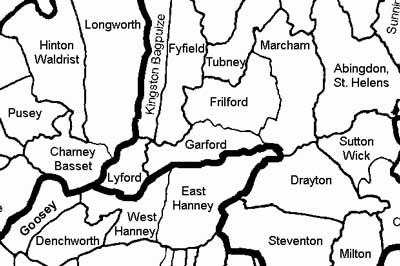 Garford is a chapelry of Marcham, in the archdeaconry of Berkshire, and diocese of Oxford (Salisbury prior to 1836).

The chapel of St Luke dates from the thirteenth century, largely rebuilt in 1880, but portions of the old structure were incorporated. It is grade II listed. 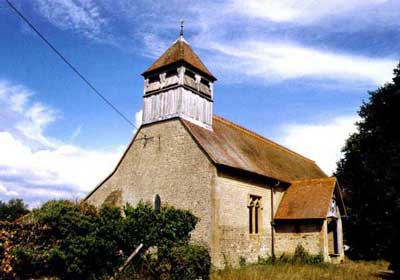 The parish plan refers to what used to be the Noah’s Ark public house, which is marked on the 1880s OS 6in map to the east of the village, but there is no pub today.

In 1624 Garford was bought for the estate of Lord Craven, with which it remained until 1821.

VCH 1924: Chapelry of Garford.—In 1721 Elizabeth Hayward, as appeared in the Parliamentary Returns of 1786, by her will left £10 for the poor, in respect of which 10s. a year was paid out of certain lands. The land was sold in 1897, and subsequently a sum of £20 12s. 5d.India  2½ per cent. stock was transferred to the official trustees in satisfaction of the charge. The annual dividends of 10s. 4d. are together with the share of Wrigglesworth’s charity distributed in bread at Christmas time.

This item appeared in several news periodicals of 1823:

Tags: Abingdon Union
« Back to Index