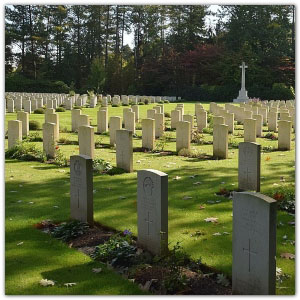 This all series ticket covers all three talks in the “War and Remembrance Social History” talks series, for the discounted price of £12.50 (members £10.00). You may also book each talk individually – see each separate event page. All three talks are on Thursdays at 2pm in The Centre for Heritage and Family History, Reading. They last about an hour with time for questions and discussion afterwards.

After each talk, tea/coffee and cake will be available (included in the price). Pre-booking is preferred, but you can pay on the door, if there are spaces available.

The iconic landmark that is Reading Cemetery, on London Road, was established after an act of Parliament in 1842. The first burial took place a year later. Its design was based on London’s seven “garden cemeteries” and influenced by the writings of the landscape gardener John Claudius Loudon. This talk tells of the growth of the cemetery in the Victorian period, and the development of more flamboyant, ritualised forms of mourning after the death of Prince Albert in 1861.

Formed in 1940, the Home Guard was part of a long list of voluntary and part-time formations raised for local defence. Despite the bumbling image created by the BBC classic “Dad’s Army”, the force emerged as a well-trained, well equipped and highly motivated part of Britain’s defences. Find out about Reading’s Home Guard in this fascinating talk.

Please note that as these are face to face talks, prevailing Coronavirus precautions will be in place. Please see: https://berksfhs.org/face-to-face-events-covid-security/