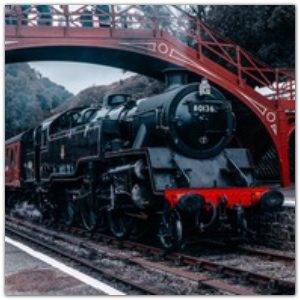 The Railway is Coming to Oxford – A Guided Walk

The railway arrived relatively late in Oxford, partly due to the objections of the university, which feared for the morals of its students.

When it did come, however, it had profound effects on the city, physically, economically and socially.

This walk visits some of the sites which help to tell that story: of the railway station erected by the engineers of Crystal Palace; the swing bridge which is now a National Scheduled Monument; and of how the railway affected industries like brewing and marmalade-making, and the development of Oxford’s ‘base and brackish skirt’.

The walk will start and end near Oxford Railway Station and take about 2 hours.

Details of exact meeting place will be sent with your reminder email a week before the walk.