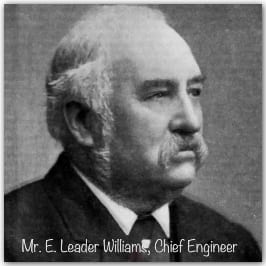 This talk will tell us the details of the life of Sir Edward Leader Williams known as ‘the engineer of the greatest work of the 19th century’, who as Chief Engineer, oversaw the building of the Manchester Ship Canal.  His commanding presence, abounding energy, resourcefulness and genial manner enabled him to succeed in “the engineering of men as well as of matter”.