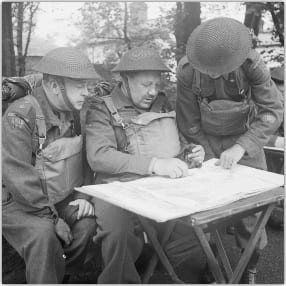 Formed in 1940, the Home Guard was part of a long list of voluntary and part-time formations raised for local defence. Despite the bumbling image created by the BBC classic “Dad’s Army”, the force emerged as a well-trained, well equipped and highly motivated part of Britain’s defences. Find out about Reading’s Home Guard in this fascinating talk.

This is the second of three talks in the War and Remembrance Talks series. The other talks take place on 13th October and 8th December. You may book tickets for individual events or for all three talks in the series for a reduced price.  Please note that this replaces the talk advertised as talk two in Berkshire Family Historian’s September edition of the Historian.