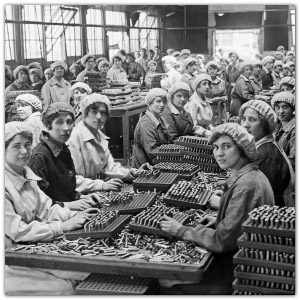 The First World War was the first global conflict fought by industrialised nations. Each side was dependent upon a ready supply of munitions. Who were the people who worked in these factories and what did they do to support the men at the front?

In this workshop, we will look at where the munitions factories were and what people who worked in them did. We will consider working conditions and experiences, and what records may be available and where to find them.

This workshop is online. It was previously run in June as a face to face event.