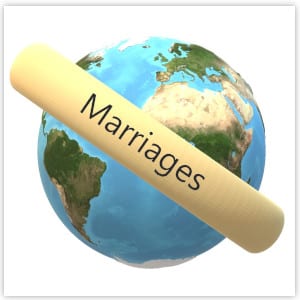 Around the world and throughout time.

Can you marry your first cousin? How do you get married in the USA? What about all those people who go overseas to marry? What happens to your Will when you get married? Why do some Spanish brides wear black when they marry? When are wedding photographs taken in Hong Kong? Why was “Hardwicke’s” Marriage Act enacted in 1753.

All these questions and others will be answered in this talk.