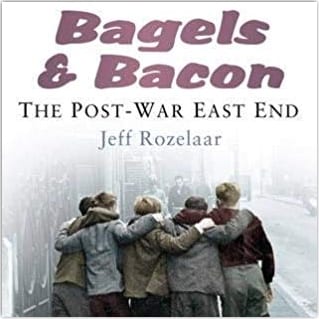 Following our Branch Annual Meeting and election of our new Committee.  We will be having a talk by professional author and speaker Jeff Rozelaar.

Jeff was born into a Jewish family and raised in an East End bombarded by Hitler’s V2s. Fortunate enough to be one of the lucky survivors of the Nazi menace, he was able to play in the streets among the resultant debris with his school mates.  Jeff’s family consisted of Nancy, the proverbial domineering Jewish mother, his somewhat naive father Henry and sister Bernice.  Among the wider family circle were numerous quarrelsome aunts, a trio of Communist cousins and the prolifically fertile grandmother Rebecca who lived in a council flat next to a communal rubbish chute.  Most of the family were law-abiding citizens, but a few were collared by officialdom, and one by the infamous Krays.

“Bagels and Bacon” was published by The History Press in 2011 gives a vivid account of growing up, told with passion and humour.  The captivating anecdotes within, both poignant and entertaining, are immersed in the sights, sounds and smells of the East End in the post war era.

Fern Britton who read the original manuscript described it as “A hugely entertaining book….. A great sudsy wallow in the 1950’s.”

This talk is based on his book.

Non members are very welcome to attend.  We suggest a £3 donation to cover costs. 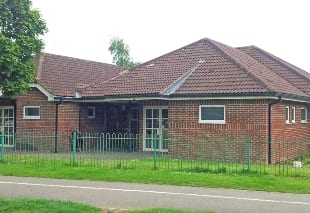 The Railway is Coming to Oxford – Guided Walking Tour

Open Evening: ‘Back to Basics’ – cancelled