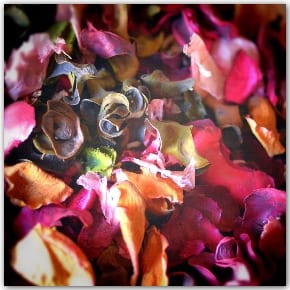 Enjoy all three talks in the autumn Potpourri series  for the price of two, with a talk series ticket.

The talk series comprises of:

Next year is the 900th anniversary of the founding of Reading Abbey. In the run up to this significant event, explore the history of the Abbey with expert John Painter.

Discover the impact of Reading Abbey on the town of Reading, both in its heyday as a royal Abbey and as one of the ten leading monasteries in the country. Hear about the impact of the dissolution and its subsequent use as a royal palace, the destruction of the Civil War, and the subsequent re-development of the Abbey Quarter and preservation of the Abbey Ruins up to the present day.

The countryside in and around Reading was horribly affected by the Civil War. This talk tells the story of what happened to the ordinary folk when the soldiers arrived.

Discover how villages, particularly those along the Bath Road, were caught up in the skirmishes. Practically all were looted. Many individuals died because of the diseases the soldiers brought with them. Others attempted to stave off financial disaster. The cloth trade suffered disastrously. Among the masses however, we can still identify the individual. The husband who hid his valuables. The Reading Pest House occupant who feared the worst. And the Woolhampton sheep farmer who attempted to stop the plundering. Discover their stories  and more in this fascinating talk.

One hundred and seventy five years ago, public mental health care was invented. Acts of Parliament from 1845 resulted in ‘lunatic asylums’ being built in every county in England and Wales. Berkshire’s own asylum opened in 1870. It would become known as Fair Mile Hospital. Situated near the River Thames, and close to Cholsey, this institution dispensed care to generations of local people. Discover its history and experience 19th century mental healthcare, in this fascinating talk by Berkshire County Archivist, Mark Stevens.

Pre-booking is required because spaces are limited. Full joining instructions will be emailed in advance. Bookings close one day before the event.

To join these talks, you will need a computer device with speakers. Ideally, also a webcam and microphone. You also need to be able to access the internet from it. First-time users of Zoom, will need, to download a small piece of software which will be sent to you in advance. Technical help is available, please contact